What influences the separation?

1. Polarity of the stationary phase

Polar compounds interact strongly with a polar stationary phase, hence have a longer retention time than non-polar columns. Chiral stationary phases based on amino acid derivatives, cyclodextrins, chiral silanes, etc are capable to separate enantiomers, because one form is slightly stronger bonded than the other one, often due to steric effects.

The higher the temperature, the more of the compound is in the gas phase. It does interact less with the stationary phase, hence the retention time is shorter, but the quality of separation deteriorates.

If the carrier gas flow is high, the molecules do not have a chance to interact with the stationary phase. The result is the same as above.

The longer the column is the better the separation usually is. The trade-off is that the retention time increases proportionally to the column length. There is also a significant broadening of peaks observed, because of increased back diffusion inside the column.

If too much of the sample is injected, the peaks show a significant tailing, which causes a poorer separation. Most detectors are relatively sensitive and do not need a lot of material (see below).

High temperatures and high flow rates decrease the retention time, but also deteriorate the quality of the separation. 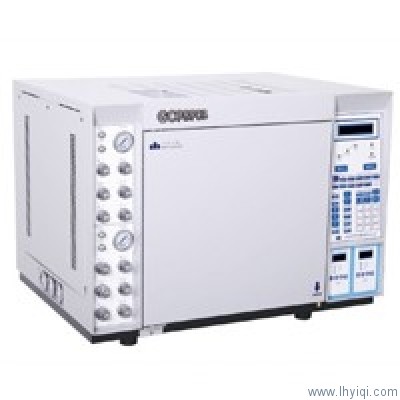